I am settling back in to my routine here, now that all the excitement and festivities related to the Raven Award are complete. I am a bit behind on my reviews, so expect an influx of those in the coming weeks.  But meanwhile, these are the books you will want to pick up at your local stores this week. 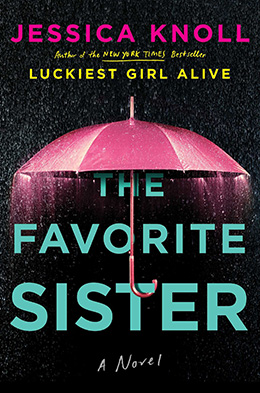 I was a huge fan of Jessica Knoll’s Luckiest Girl Alive, and this new novel is also a must read. Fans of reality television will find much to enjoy in this story of friendship, sisterhood, and betrayal.

When five hyper-successful women agree to appear on a reality series set in New York City called Goal Diggers, the producers never expect the season will end in murder…

Brett’s the fan favorite. Tattooed and only twenty-seven, the meteoric success of her spin studio—and her recent engagement to her girlfriend—has made her the object of jealousy and vitriol from her castmates.

Kelly, Brett’s older sister and business partner, is the most recent recruit, dismissed as a hanger-on by veteran cast. The golden child growing up, she defers to Brett now—a role which requires her to protect their shocking secret.

The Favorite Sister explores the invisible barriers that prevent women from rising up the ranks in today’s America—and offers a scathing take on the oft-lionized bonds of sisterhood, and the relentless pressure to stay young, relevant, and salable. 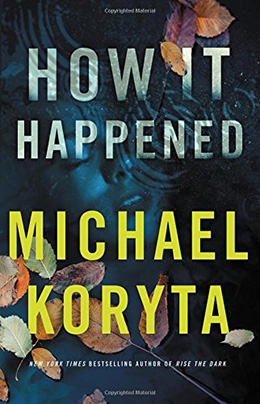 Koryta is one of those authors who never writes the same book twice. This new stand-alone is both extremely intelligent and utterly suspenseful. How is Happened is a unique blend of domestic suspense, thriller, and procedural and is poised to garner Koryta even more fans.

“And that is how it happened. Can we stop now?”

Kimberly Crepeaux is no good, a notorious jailhouse snitch, teen mother, and heroin addict whose petty crimes are well-known to the rural Maine community where she lives. So when she confesses to her role in the brutal murders of Jackie Pelletier and Ian Kelly, the daughter of a well-known local family and her sweetheart, the locals have little reason to believe her story.

Not Rob Barrett, the FBI investigator and interrogator specializing in telling a true confession from a falsehood. He’s been circling Kimberly and her conspirators for months, waiting for the right avenue to the truth, and has finally found it. He knows, as strongly as he’s known anything, that Kimberly’s story-a grisly, harrowing story of a hit and run fueled by dope and cheap beer that becomes a brutal stabbing in cold blood-is how it happened. But one thing remains elusive: where are Jackie and Ian’s bodies?

After Barrett stakes his name and reputation on the truth of Kimberly’s confession, only to have the bodies turn up 200 miles from where she said they’d be, shot in the back and covered in a different suspect’s DNA, the case is quickly closed and Barrett forcibly reassigned. But for Howard Pelletier, the tragedy of his daughter’s murder cannot be so tidily swept away. And for Barrett, whose career may already be over, the chance to help a grieving father may be the only one he has left. 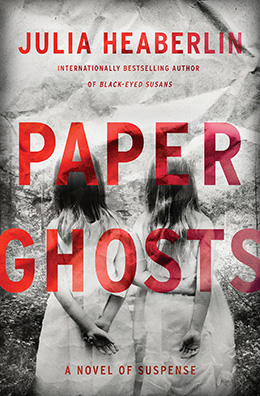 Julia Heaberlin has written a road novel unlike any other. When a young woman believes that a suspected serial killer is responsible for the long-ago disappearance of her sister, she hatches a plan to take the man on a road trip through his past. The only problem is that this man is suffering from dementia – so can she really believe anything he remembers or discover what he has forgotten. Unlike any other serial killer novel that has come before, Heaberlin strikes gold with Paper Ghosts. Expect to see this one on many Best Of 2018 lists.

A Texas map marked with three red dots like drops of blood. A serial killer who claims to have dementia. A mysterious young woman who wants answers. What could go wrong?

An obsessive young woman has been waiting half her life—since she was twelve years old—for this moment. She has planned. Researched. Trained. Imagined every scenario. Now she is almost certain the man who kidnapped and murdered her sister sits in the passenger seat beside her.

Determined to find the truth, she lures him out of a halfway house and proposes a dangerous idea: a ten-day road trip, just the two of them, to examine cold cases linked to his haunting photographs.

Is he a liar or a broken old man? Is he a pathological con artist? Or is she? In Paper Ghosts, Julia Heaberlin once again swerves the serial killer genre in a new direction. You won’t see the final, terrifying twist spinning your way until the very last mile. 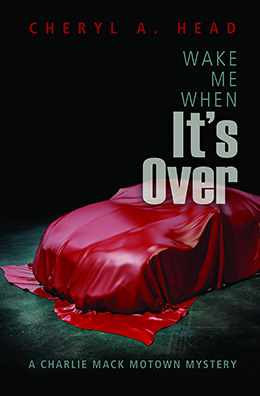 Both a mystery and a race-against-the-clock thriller, Cheryl A. Head’s new novel continues to broaden the diversity within the crime fiction genre. Charlie Mack is both African-American and a lesbian, but more importantly, she is a fully fleshed out character readers can root for – with a team of colleagues who are equally as multi-dimensional. The setting of Detroit comes alive and readers may want to go back to read the first in the series, Bury Me When I’m Dead.

Born and raised in Detroit, the city that America forgot, Charlene “Charlie” Mack has built a highly-respected private investigations firm through hard work, smart choices, and relentless ambition. When Charlie and her team of investigators are asked to take on a seemingly impossible case―to identify and thwart an attack on the upcoming Detroit Auto Show―it takes a $100K incentive and the help of a dozen freelancers for Charlie and her crew to unravel a twisted plot that runs through several countries and many more bank accounts. But finding out who’s behind the intricate plot only solves half the problem. Charlie and her crew are drawn into a deadly game of cat-and-mouse as they try to locate dozens of hidden bombs before they can be detonated in an arena full of hundreds of people.