Yesterday was the Memorial Day holiday, so this week’s list of books come to you on the day they are released. Quite a variety this week, with something for everyone. 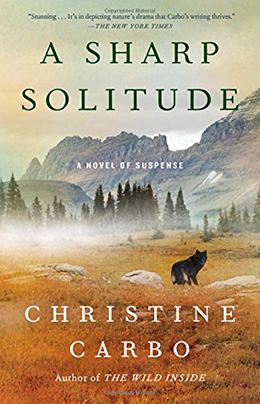 Christine Carbo continues her series of wilderness-based suspense novels set in and around Glacier National Park. Always one to excel at descriptions of nature and her unique setting, in the latest Carbo also exposes the landscape of the heart and explores how our past continues to echo throughout our lives – for better and for worse.

In the darkening days of autumn, in a remote region near the Canadian border, a journalist has been murdered. Anne Marie Johnson was last seen with Reeve Landon, whose chocolate Labrador was part of an article she had been writing about a scientific canine research program. Now Landon is the prime suspect. Intensely private and paranoid, in a panic that he’ll be wrongfully arrested, he ventures deep into in the woods. Even as he evades the detective, Landon secretly feels the whole thing is somehow deserved, a karmic punishment for a horrifying crime he committed as a young boy.

While Montana FBI investigator Ali Paige is not officially assigned to the case, Landon—an ex-boyfriend and the father of her child—needs help. Ali has only one objective for snooping around the edges of an investigation she’s not authorized to pursue: to save her daughter the shame of having a father in jail and the pain of abandonment she endured as a child. As the clock ticks and the noose tightens around Landon’s neck, Ali isn’t sure how far she will go to find out the truth. And what if the truth is not something she wants to know?

A Sharp Solitude is a study of two flawed characters, bonded by a child, trying to make their way in an extraordinary place where escape seems possible. But no one can ever really outrun their demons, even in the vast terrain of Glacier, the ultimate backdrop for a journey of the soul. 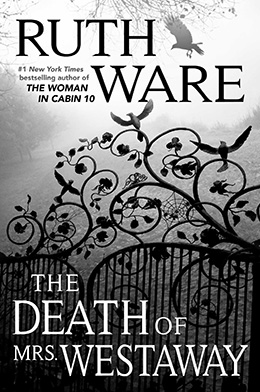 Ruth Ware has become a must-buy for many crime fiction fans and this new novel will satisfy her loyal followers. The vintage feel of the novel will likely also help to garner her some new readers.

On a day that begins like any other, Hal receives a mysterious letter bequeathing her a substantial inheritance. She realizes very quickly that the letter was sent to the wrong person—but also that the cold-reading skills she’s honed as a tarot card reader might help her claim the money.

Soon, Hal finds herself at the funeral of the deceased…where it dawns on her that there is something very, very wrong about this strange situation and the inheritance at the center of it.

Full of spellbinding menace and told in Ruth Ware’s signature suspenseful style, this is an unputdownable thriller from the Agatha Christie of our time. 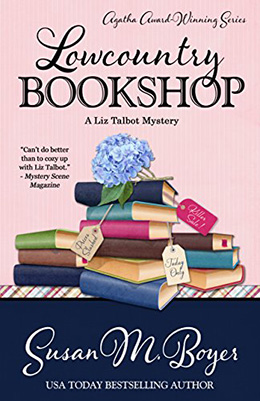 Seven books in and Susan M. Boyer cozy series continues to delight. While exploring Charleston with Liz Talbot is always sure to be full of hijinks, the plot at the center of this outing is a bit more series in nature. Rest assured all your favorite characters are back to help Liz with her investigation.

Between an epic downpour and a King Tide, those historic streets are flooded—and dangerous. A late night tragic accident along the Lower Battery leads Liz Talbot straight to her next case.

Who’s the client? Well, now, therein lies the first puzzle. When the police arrive at the scene of the accident, Poppy Oliver claims she’s only trying to help.

But the dent on the front of her Subaru and the victim’s injuries provoke a certain Charleston police detective’s suspicious nature. A wealthy, anonymous benefactor hires Liz and her partner Nate Andrews to prove Poppy Oliver’s innocence.

What exactly was Poppy Oliver up to? Is she a random good Samaritan who happens upon the accident scene? Or perhaps this tragedy wasn’t an accident. She just might be his abused wife’s accomplice.

Why does everyone involved in this case have a sudden burning urge for reading material, leading them to the same charming bookshop along the waterfront?

From a risqué, exclusive club in an old plantation to an upscale resale shop in the historic King Street shopping district to a downtown graveyard crawling with ghosts, Liz tracks a group of women who band together to help victims of domestic violence.

In her most challenging case yet, Liz fears she may find a killer, but justice may prove elusive. 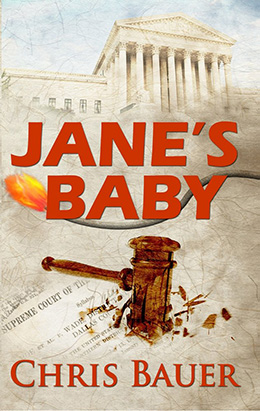 I haven’t read this one, but the premise is so strong, I couldn’t resist telling you about it. This legal thriller – at Supreme Court level, no less – centered on one of the most significant legal battles of all time is bound to be a fascinating and extremely timely read.

Whatever happened to Jane Roe’s baby? Norma McCorvey, of Caddo-Comanche heritage, did not terminate the pregnancy that led her to become the anonymous plaintiff of the landmark U.S. Supreme Court women’s rights case Roe v Wade because in 1971, when the motion was first argued, abortion in the U.S. was illegal. The Jane Roe real-life child would now be a woman in her late forties, the potential of her polarizing celebrity unknown to her. A religious rights splinter group has blackmailed its way into learning the identity of the Roe baby, the product of a closed adoption. To what end, only a new Supreme Court case will reveal. Tourette’s-afflicted K9 bounty hunter Judge Drury, a Marine, stands in the way of the splinter group’s attempt at stacking the Supreme Court via blackmail, murder, arson, sleight of hand, and secret identities.