There are some great books debuting in stores today, and later this week, so be sure to check out these titles. I suspect you will find one or two that will intrigue. 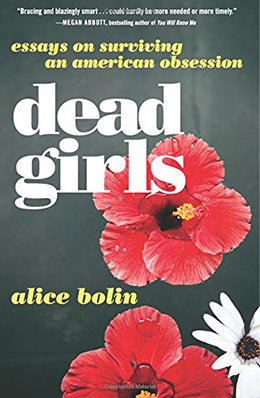 I rarely cover non-fiction here on BOLO Books, but this book is too important not to include. As readers of crime fiction, we must always consider the social influences and ramifications of our “hobby.” The high praise from crime fiction superstars would be more than enough to make this a must read, but just a sampling of Alice’s incisive writing will have the same effect.

In this poignant collection, Alice Bolin examines iconic American works from the essays of Joan Didion and James Baldwin to Twin Peaks, Britney Spears, and Serial, illuminating the widespread obsession with women who are abused, killed, and disenfranchised, and whose bodies (dead and alive) are used as props to bolster men’s stories. Smart and accessible, thoughtful and heartfelt, Bolin investigates the implications of our cultural fixations, and her own role as a consumer and creator.

Bolin chronicles her life in Los Angeles, dissects the Noir, revisits her own coming of age, and analyzes stories of witches and werewolves, both appreciating and challenging the narratives we construct and absorb every day. Dead Girls begins by exploring the trope of dead women in fiction, and ends by interrogating the more complex dilemma of living women – both the persistent injustices they suffer and the oppression that white women help perpetrate.

Reminiscent of the piercing insight of Rebecca Solnit and the critical skill of Hilton Als, Bolin constructs a sharp, perceptive, and revelatory dialogue on the portrayal of women in media and their roles in our culture. 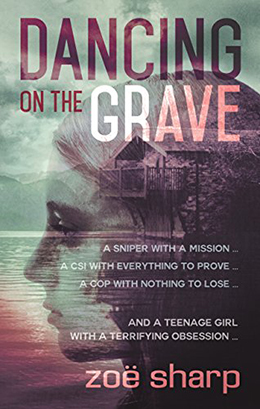 British novelist Zoe Sharp takes a short break from her popular Charlie Fox series to give readers this stand-alone thriller. For those of us in the Washington, D.C. area, the infamous sniper attacks that serve as inspiration for this novel will never be forgotten. Having seen Zoe on several crime fiction convention panels, I suspect she is going to knock this one out of the park.

In one of the most beautiful corners of England,
Something very ugly is about to take place…

There’s a killer on the loose in the Lake District, and the calm of an English summer is shattered.

For newly qualified crime-scene investigator, Grace McColl, it’s both the start of a nightmare and the chance to prove herself after a mistake that cost a life.
For Detective Constable Nick Weston, recently transferred from London, it’s an opportunity to recover his nerve after a disastrous undercover operation that left him for dead.
And for a lonely, loveless teenage girl, Edith, it’s the start of a twisted fantasy—one she never dreamed might come true. 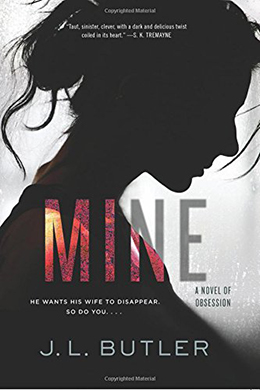 Readers can’t seem to get enough of psychological suspense with marriages and affairs at the core. This debut more than satisfies! Early press has compared this to Apple Tree Yard and I can certainly understand that, but I also think this book brings something new to the palate. Well worth the time!

In this riveting tale of psychological suspense, a divorce lawyer risks her career, her sanity, and her life when she falls into an illicit, all-consuming affair with her client—who becomes the primary suspect in his estranged wife’s sudden disappearance.

Young divorce lawyer Francine Day has methodically built her career doing everything right. She’s one big case away from securing her place among London’s legal elite. But when she meets her new client, Martin Joy, the natural caution that has protected Francine and fueled her rise melts away. Powerless to fight the irresistible magnetism between them, client and counsel tumble into a blistering affair that breaks every rule.

Though Martin insists his marriage is over, Francine doesn’t believe him. Certain details he’s told her don’t quite add up. Consumed with a passion she cannot control and increasingly obsessed with Martin’s relationship with his wife, Donna, Francine follows the woman one night . . . and discovers her having dinner with her supposedly soon-to-be-ex-husband.

The next morning, Francine awakens in her neighbor’s apartment with blood on her clothes and no recollection of what transpired after she spied Donna and Martin together. Then Francine receives more devastating news: Martin’s wife has vanished. That dinner was the last place anyone has seen Donna Joy alive.

Suddenly, Francine finds herself caught in a dangerous labyrinth of deception, lies, and secrets, in which one false move could lead to her undoing. What happened that night and why can’t Francine remember? Where is Donna and who is responsible for her disappearance? The further Francine goes to find answers, the tighter the net seems to draw—around her lover, herself, and the life she’s meticulously built. 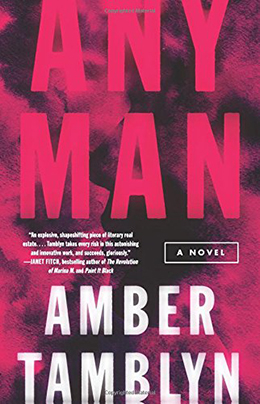 Despite my best efforts, I was not able to obtain an early review copy of this book, but I do think it an important enough release that I feel I have to include it here. Actress Amber Tamblyn is one of the most recognizable faces of the #metoo and #timesup movements. In this novel, she turns the tables on this sadly all-too-familiar situation in an attempt to open the discussion in important new ways. I can’t yet say if she has succeeded, but I am certainly more than willing to hear a fresh voice and a new perspective on this timely topic.

In this electric and provocative debut novel, Tamblyn blends genres of poetry, prose, and elements of suspense to give shape to the shocking narratives of victims of sexual violence, mapping the destructive ways in which our society perpetuates rape culture.

A violent serial rapist is on the loose, who goes by the name Maude. She hunts for men at bars, online, at home— the place doesn’t matter, neither does the man. Her victims then must live the aftermath of their assault in the form of doubt from the police, feelings of shame alienation from their friends and family and the haunting of a horrible woman who becomes the phantom on which society projects its greatest fears, fascinations and even misogyny. All the while the police are without leads and the media hound the victims, publicly dissecting the details of their attack.

What is extraordinary is how as years pass these men learn to heal, by banding together and finding a space to raise their voices. Told in alternating viewpoints signature to each voice and experience of the victim, these pages crackle with emotion, ranging from horror to breathtaking empathy.

As bold as it is timely, Any Man paints a searing portrait of survival and is a tribute to those who have lived through the nightmare of sexual assault.