I had the distinct pleasure of moderating a panel at Malice Domestic on which Gabriel Valjan was a participant. I was immediately struck by his extensive knowledge of the crime fiction genre and his ability to talk about his own work in fascinating ways. Since then, I have witnessed his tireless support of his fellow writers all across the social medias. Unassuming and genuinely kind, I think that everyone will enjoy hearing the stories Gabriel has woven into his questionnaire answers. And that next time you see him in a convention hallway, be sure to say hello. You will be glad that you did. 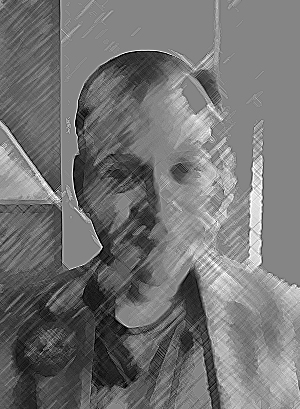 If I’m allowed a Two for One, I would say my grandparents. My grandfather was 12 when his father died, so his formal education ended and he had to support his mother and sisters. The one job available to him as a breaker boy in the coal mines terrified him. My grandfather would become a life-long claustrophobe from what he had seen and experienced in the coal mines of Pennsylvania. Before the elites were The Elites, I learned the phrase Anthracite Aristocracy from him. He made his income recycling and refurbishing materials associated with miner caps and helmets. He did that until he could join the military. I admired his resourcefulness and that he was a self-taught man. As for my grandmother, I’ll give you one anecdote. Legendary for her stubbornness and tenacity, one day when she had gone to the appliance store, the clerk told her that that she needed her husband’s permission and that my grandfather would have to write the check in order for her to purchase a new refrigerator. She walked out of the store, called my grandfather at work and said she’d get a job and her own money, and that no man was going to tell her what to do. She hung up the phone and got a job the same day. She earned the money. She bought the refrigerator. Every time I saw her, she would be wearing pressed slacks and a blouse. Not over the top, mind you, but she never did ‘casual.’ Both of my grandparents taught me self-reliance, ingenuity, and quiet dignity by example. Both of them are gone now. An innocent, a kid at the time, I had no idea how hard they worked, how difficult life was for many people during the Depression and the war years.

Tough question. I’ve been moved recently by the generosity and affection of everyone who has rallied around Duane and Meredith Swierczynski. Their daughter Evie was diagnosed with leukemia. I worked in pediatrics and oncology (as an RN until I had cancer myself). The support I see for the Swierczynski family is inspirational. While it’s difficult for me to single out one individual, I remain floored by Hank Phillippi Ryan’s relentless energy and unwavering support of other writers. I also admire Louise Penny, her writing, and her understated elegance and kindness in person.

My answer would have to be Andrea Camilleri’s Inspector Salvo Montalbano. All that food, his sense of humor, and his barbed contempt for bureaucracy are all qualities I admire. Camilleri, who is 93 now, crafts a lively series and a cultural experience. Solve a crime and stay for the next meal.

Carole Lombard. A beautiful woman and generous, on and off the screen. I admire the screwball comedies of the Thirties, and she demonstrated impeccable timing and the wit of the era. As an aside—L.A. Chandlar’s Art Deco mysteries and Renee Patrick’s Lillian Frost and Edith Head novels capture the era well. Anyway…Carole Lombard was no shrinking violet. Outspoken, she enjoyed salty language, sex, and was fiercely loyal to her friends. I would’ve loved to have met her.

Listen first and be kind, second, because you never know the other person’s story. 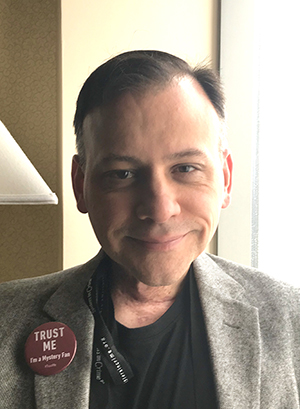 Find out more about Gabriel here