Attending mystery conventions is very much like going to a family reunion. Often this is the only time each year when we get to see people we care very much for. I first met Vida Antolin-Jenkins because of Malice Domestic and seeing her there each year is always a highlight. Because Vida is relatively local to me and a member of the same chapter of Sister-in-Crime, I do occasionally get to see Vida in-between those official convention events, but it’s never often enough. Vida is smart, gregarious, and a true fan of the written word. I have a feeling you all will enjoy getting to know her just a bit better via this sketch. 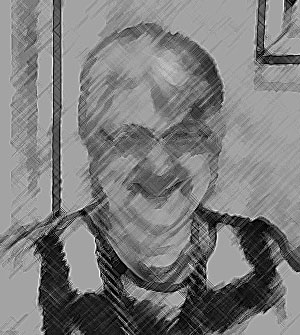 My mother, Ivanka Antolin, who lives with me. Born in Slovenia, she became a refugee at age 20, walking across the mountains into Italy, and living in a convent in Rome while studying law at the University of Rome. She then received a scholarship from the United Nations to study law at the University of Zaragoza in Spain, and finally, a scholarship funded by Congressman Johnson to study law at the University of Strasbourg. She and my father married in Spain and then, after their first three children were born (including me) immigrated to Canada. They had six more children before we immigrated to the United States in 1961. The final four children were born in Pennsylvania. This sophisticated city girl raised the family in a small town, nurturing a love of education and reading in us all. At age 50, she went back to school for a Masters degree in library science and began her career as a librarian, retiring at age 70. She joined me and my family when the U.S. Navy stationed me in London, England, and was the grandmother for our whole Navy community. A dedicated volunteer, she always put her many talents and organizational skills to use for others’ benefit. She is also a huge optimist. I once quipped that she was the kind of person who is shown a pile of sh*+ and she exclaims, “Oh, a pony!” Grabbing a shovel, she always finds the pony. She has always been a voracious reader, in multiple languages. She epitomizes grace, courage, faith, tenacity, and kindness.

My good friend and college chum, Barbara Ross. Barbara is and has always been brilliant, incisive, and incredibly generous. I had the great good fortune to misspend some of my youth with her. We then lived relatively close together when our children were young, and our husbands were in jobs that took them away from home a lot. We rallied together to host their birthday parties, expeditions to museums, went to the Newport Folk Festival with 5 children under the age of 6, and tailgate extravaganzas for college football games. I came to the mystery community through her. I’ve always read a lot, in a wide variety of genres. Barbara introduced me to Sherry Harris, which inspired me to join Sister-in-Crime and connected me to the community in a deeper way. I love her writing, and it is very clear, especially when spending time with her at Malice Domestic, that she continues to excel in her life-long talent of effectively connecting people, and helping them achieve their lifetime goals.

While it has been a little difficult to narrow this down, I’m going to pick Commissario Guido Brunetti from Donna Leon’s Venetian murder mysteries. He’s a dedicated family man, reader, thinker, meticulous, with a great touch of humor. But, he only beats out Inspector Morse because he is so much more successful in his human relationships.

Brad Paisley. While friends know I love classical music, especially big choral works, I also really love country music. Brad Paisley, in particular, is a tremendous songwriter and musician whose lyrics truly resonate with me. Whether his song is humorous or pensive, his ability to encapsulate deep feelings across a spectrum of songs is marvelous. His guitar playing is legendary! He is also genuine and generous, very involved in charity work, especially the USO.

My personal catch phrase is (or should be): .

It is my personal policy to always have fun; some days, I may define it differently, but I’m having fun! 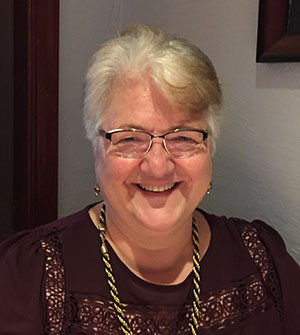 Find out more about Vida here