I am a huge fan of Toni L. P. Kelner’s Where Are They Now? mystery books.  And I have long admired the editorial work she and Charlaine Harris do on their anthologies.  So when I heard earlier this year that she was starting a new series about an ambulatory skeleton, I immediately booked her for an interview.  Today is that day.  Please let me introduce you to Leigh Perry.  (The multiple names I am using will make sense as you read below).

BOLOBooks:  You have written a number of books under the name Toni L.P. Kelner, but this is the first under the pen name Leigh Perry.  Obviously, this is because the paranormal aspect of the novel strays from the Kelner “brand”.  How does it feel to be a “new” person?

Leigh Perry:  Actually, it’s kind of confusing.  I was at the World Science Fiction convention in San Antonio a couple of weeks ago, and was never sure how to introduce myself or which name should be on my badge or on the table in front of me at panels.

It’s also kind of nifty.  My maiden name was Toni Leigh Perry, so I’m a Perry once again. I hope that a whole new crew of readers will “discover” me.  I also like to think that after this many books and stories, I have a certain edge over real debut authors. 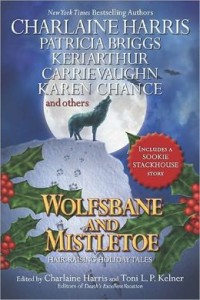 BOLOBooks:  For those that already know you from the Toni L.P. Kelner books, short stories and anthologies, what will they find that is familiar in this new series under a new name?

Leigh Perry:  I think I still have the same emphasis on characters, and the same way of building a setting for the story.  And I’m afraid it the same sense of humor, for both good or ill.

BOLOBooks:  I’d also add another thing to that list.  I think that your knowledge of pop culture still shines in this book, as it did in the Where Are They Now? series.

A Skeleton in the Family features an ambulatory skeleton as a main character.  When I first heard about this book coming out, I was wondering why it hadn’t been done before – after all, every other paranormal creature has been used.  How did the idea come to you?

Leigh Perry:  This is embarrassing, but I honestly don’t remember anything about the moment I came up with Sid.  All I have is some early pages I sent off to my alpha reader (my husband Steve) and my beta readers (Charlaine Harris and Dana Cameron), with their comments.  I did some initial research to go along with those pages, then a project I’d been waiting for took off, and I put Sid aside until I was asked to pitch some ideas for a series to Berkley Prime Crime.  I prepared several two-page pitches, and threw in the Sid stuff on a whim–I thought it was too quirky for anybody to want, but my editor immediately focused on Sid.

In retrospect, I think the idea was exactly what you said – I was thinking about the fact that every other paranormal creature had already been used.

BOLOBooks:  The Thackery family at the heart of the A Skeleton in the Family is a very typical family – single mother, sibling rivalry, middle-income.   What makes it so easy for Georgia to accept that she has a talking skeleton in the attic?

Georgia was just a little girl when Sid came into her life, at a time when everything is weird and it’s easy to believe in Santa Claus and the Tooth Fairy.  So a skeleton didn’t seem that far off the pale.

Now that Georgia is an adult, she just doesn’t think twice about him being around anymore, any more than I think twice about the more unusual members of my own family. (In case any of my relatives are reading  this, I don’t mean you.) 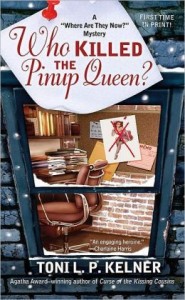 BOLOBooks:  Academia plays a huge part in the plot of A Skeleton in the Family.  You certainly present a bleak picture of this, especially in terms of adjunct faulty.  How did you come to give Georgia and the Thackery family this background?

Leigh Perry:  I always saw Georgia as an academic—for some reason, it just made sense that a family of academics would be able to accept Sid.  But if I’d given Georgia a tenured position, it would have limited her to one town.  Since I wanted more flexibility for a series, I made her an adjunct.  I also thought it would be a nice twist on an academic setting.

The thing is, the more I researched the life of the adjunct, the more I realized it really is a bleak picture.  For example, a friend of mine graduated with a Ph.D. in psychology from Boston University, intending to go into academia.  She’s settled now, but she spent years as an adjunct.  She’d get a job, move to a new town, teach all the sections the tenured profs didn’t want: intro psych, morning classes, continuing ed.  And she’d get classes that were so far outside her specialty that she’d have to spend every night boning up (skeletal pun not intended… this time…) on the subject so she could be a class or two ahead of her students.  After a few years, they’d let her go and she’d have to start all over again at a new school.

I don’t intend to be a crusader for adjunct rights, but I do want to applaud these hard-working scholars.

BOLOBooks:  What is next for Leigh Perry?  Hopefully another in the Family Skeleton mystery series?

Leigh Perry:  I’m working on the next Family Skeleton mystery even now.  At the tail end of A Skeleton in the Family, I joked that Sid could appear as Yorick in Hamlet.  It really was just a throw-away line, but I started thinking that it might be fun. And since both of my daughters are active in school drama clubs, I’ve got my research assistants all lined up!

BOLOBooks:  I have to say, when I read that line, I immediately thought “what a great setting for the next Sid adventure.”  I am so happy to hear that this will be a plot point in Book 2.

Leigh Perry:  I like mass-market paperbacks for fiction.  They fit into my purse so I can carry them around, I’ve still got space on my shelves for that size book, and they’re inexpensive enough that I’m willing to take a chance on somebody new.

For non-fiction, I lean toward trade just because there’s more space for quality illustrations, or e-books for reference books because they’re smaller and so much more easily searched electronically.

As you can see, Toni…er…Leigh has a great sense of humor.  There is definitely no shortage of puns throughout A Skeleton in the Family.  Stop back tomorrow for the BOLOBooks review of this title.