We are pleased to be joined today by Sara J. Henry, author of the Troy Chance series of mysteries.  Sara burst on the scene with her first book in 2011, winning awards and universal acclaim.  This week marks the launch of her second novel, A Cold and Lonely Place and I fully expect the praise to continue.  Read on for some very insightful thoughts on the creation of this series. 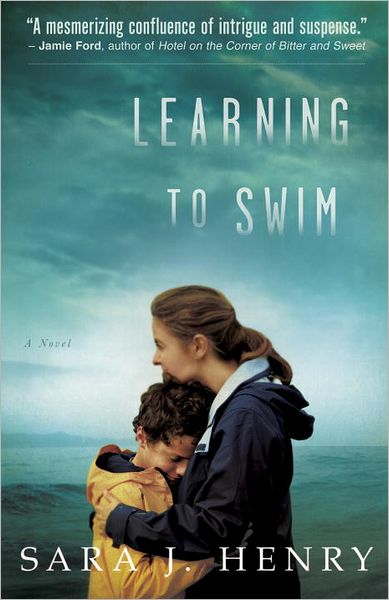 BOLO Books: I want to start by saying congratulations. Learning to Swim, your first novel, won the Anthony Award for Best First Novel at last year’s Bouchercon (among its other awards). Tell us a bit about what that meant to you and why that particular award mattered.

Sara J. Henry:  I had already won the Agatha Award for best first novel and the Mary Higgins Clark Award, but both those awards are limited to “traditional” mysteries without much graphic sex or violence, and, in the case of the MHC, with a basically “good girl” heroine. The Anthony, however, is open to all first novels, a much larger field, and my book was up against some stunningly good ones. So that particular award did mean quite a lot.

BOLO Books: One of the hallmarks of a great series is its characters. In both of your novels you have populated the fictional world with a whole group of fascinating characters beyond your main character of Troy Chance. How did you go about coming up with them and did you know which would be sticking around to re-appear in future books and which were only transitory?

Sara J. Henry: In the first novel, many of the early characters were loosely based on people I’d known in the Adirondacks. But then the character Jameson stepped onto the scene, and came alive all on his own. Once that particular Pandora’s Box was opened, more characters popped out, alive and well.

I always knew that this was a series, and that many of the characters would reappear. Of course I knew that Troy’s brother Simon would, and by the time I had finished the first book I had a vague idea he might meet Troy’s reporter friend Alyssa at some point – I like the idea of bringing those two together. Readers particularly loved Troy’s friend Baker and her roommate Zach, and there was even a “Team Philippe” and “Team Jameson.”

For the new book, A Cold and Lonely Place, it was fun to watch the characters evolve. Jessamyn, Troy’s roommate, turned out very different than I first imagined her, and Win, the victim’s sister, became more of a main character than I’d expected her to be. I love letting characters develop and help direct the story line – I’ve learned just to set the stage and start writing, and see what happens.

But to get back to your question: I’ve also considered eventually branching off some characters into their own books – as Michael Robotham and others have done. (More than one person has suggested that Jameson might warrant his own book or books.)

BOLO Books: Along with your incredible characters, you are able to make a setting come alive. Both novels include locations in Upstate New York as well as scenes in and around Canada. I know that you know these places intimately, but I wonder if you set the stories there because you knew the places so well or because that is where they had to be set. To the reader, it seems as though these stories could only happen there, but that is probably not true. How were you so able to link story and setting?

Sara J. Henry: I do think this is where this series had to be set. I envisioned the opening scene of the first novel while driving along Lake Champlain, and it seemed natural that Troy would live in a house in Lake Placid like mine, with roommates and a living situation much like I’d had. This area was where I started as a full-time writer, working at the local daily newspaper, and it is, as Publishers Weekly called it in a review, a “terribly beautiful place.” This area and these people in a way became a part of me, and this place always had to become a setting.

BOLO Books: Troy has had a number of potential suitors throughout the series so far. And yet, she remains single. I think that a large part of successful relationships is a confluence of the right person at the right time. Each of these suitors could be right for Troy at another time in her (or their) lives, but something is still holding her back. Do you as her creator know what that is or is that something that you are hoping to discover along with the readers?

Sara J. Henry: Maybe when I figure this out, Troy will.

BOLO Books: Troy is a journalist. Throughout the new novel, there are various lessons about journalistic ethics, which are imparted in very subtle ways. Troy is always aware of vetting her sources, correctly attributing quotes, and double-checking facts. Was it a conscious decision to include these “rules” or did they naturally appear because of your background in journalism?

Sara J. Henry: I’m a detailed person and a detailed writer – too often I’m compelled to explain how a computer or wood stove works, and it may not be until the tenth or twentieth pass that I see I’ve included too many details. But I’m particularly appalled by sloppiness in writing, and do believe that old adage: If something’s worth doing, it’s worth doing right. So there was no conscious decision to include certain rules or lessons, and in fact I toned all this down, because I can tend to preach a bit. 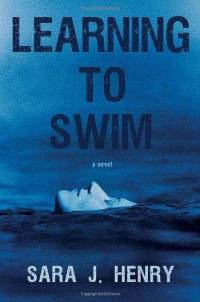 BOLO Books: Let’s take a moment to talk about titles. Learning to Swim was a perfect metaphor for the action contained within. Troy Chance literally dives right in, finds herself in an unfamiliar circumstance where she is completely out of control, but doing everything she can to stay on top of it (much like treading water to prevent drowning) and eventually is able to gain control and strive for a desired destination with forward movement. Similarly, A Cold and Lonely Place acts as more than just a title. It works as the literal location of the Adirondacks, the emotional location of several characters, as well as the mental location of those that feel guilt. At what point do you come up with your titles? And were there any other choices before you settled on the final titles?

Sara J. Henry: Learning to Swim was originally titled something very different; in fact, I had the whole series planned out with each title a play on words using Troy’s last name, Chance. The Australian author, Michael Robotham, told me I had to change the title – he said it sounded like the Bobbsey Twins … can’t think of anything much more title-crushing than that! Back at home, Scott Carroll, who had been a huge supporter of this book while I was revising it, promptly supplied the new title. I was dubious, since I used to write health and fitness books, but ran with it. And it does fit.

Book 2 began life as The Ice Palace. Then it was The Dark Side of the Ice, and then a variety of other titles. I wanted something with a dual meaning, like the first, and in the end decided against having the word “ice” in the title, because it seemed to conjure up Clive Cussler, and worked hard to come up with the right title. Finally I went to an online title generator and typed in key words. It didn’t come up with the actual title, but gave me ideas and word combinations to play around with. When I hit on A Cold and Lonely Place, I knew that was the right title – it seemed so obviously right I wondered why it had taken me so long.

Sara J. Henry: Trade paperback. I love hardbacks, and they’re a must for libraries, but they’re too expensive for many people. Mass market paperbacks are too small and more awkward to read. (From a marketing standpoint, trade paperbacks are perfect for book clubs, and handing off to friends – the right size and price.) I haven’t yet used an e-reader, but have read a few books on computer or iPad, and find that I end up skimming – and have gotten bored of books that I think I might have enjoyed had I read them on paper. (Studies do indicate that we read differently on screen and on paper – likely the reason I find more things to fix when I edit on paper rather than on-screen.) I have nothing against e-books – and they’re great for increased sales – but they don’t seem to be for me.

Scheduling Update:  Please look for the BOLO Books review of A Cold and Lonely Place, here on the blog, this Friday, February 8.