Cover Reveal – The Skeleton Takes a Bow by Leigh Perry

My friend Toni L. P. Kelner has reached out to BOLO Books again for yet another special announcement – this time it’s a cover reveal.  The book in question is the second in Leigh Perry’s A Family Skeleton Mystery series.  (Psst: Leigh Perry and Toni are actually the same person, but don’t tell Sid the Skeleton).

In case you missed it, here is the review of the first in this delightful series, A Skeleton in the Family and  an interview with Leigh Perry from around the time of the debut of the first book.

And without further ado, here is the cover of Sid’s next adventure (along with jacket copy and links to pre-order the book): 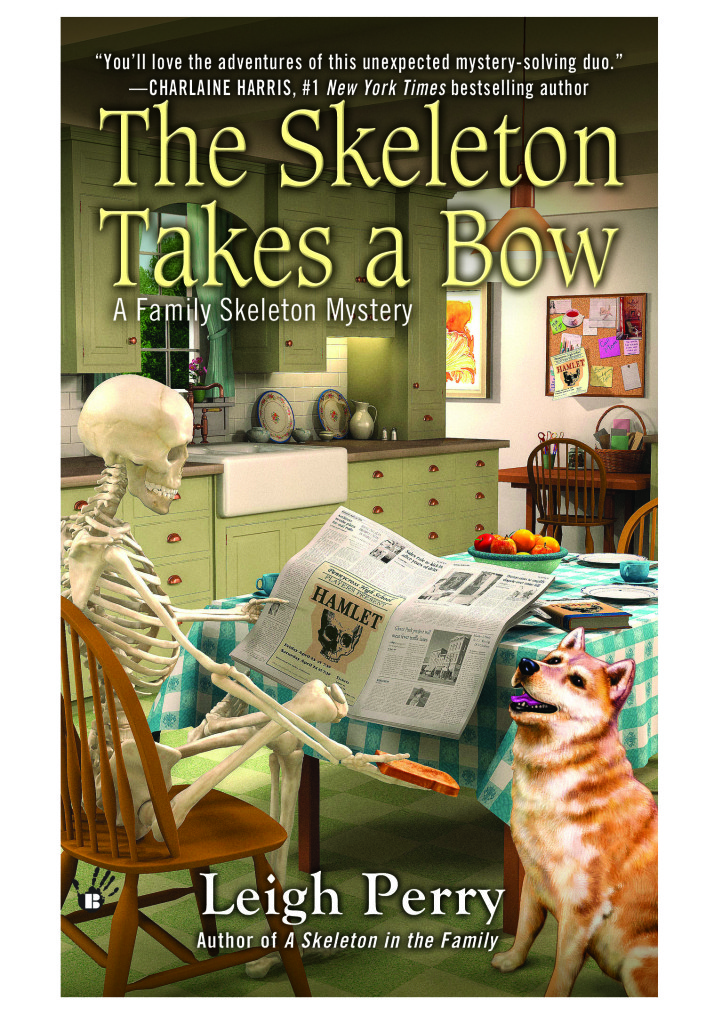 After years of hiding in the Thackery family house, Sid the skeleton is delighted to finally have his moment in the spotlight. He’s starring in a high school production of Hamlet. Well, not so much starring in as being a prop. At least part of him has a part—he’s using his head to play Yorick of “Alas, poor Yorick” fame. Every day, Georgia Thackery’s daughter, Madison, who’s also in the play, brings in his skull, and every night, she takes him home…

Until one night when he’s accidentally left at school—and hears the sounds of someone being murdered. But the next day, there’s no body and no one seems to be missing.

Sid is not a numbskull—he knows what he heard. Georgia thinks he imagined it—until a week later when a body is found. Now Georgia and Sid will both need to keep their heads as they stick their necks out and play sleuth to catch the conscience of a killer…

I know that I for one can’t wait until September 2nd, when we will all get the chance to read more about Sid the Skeleton and his mad-capped adventures.