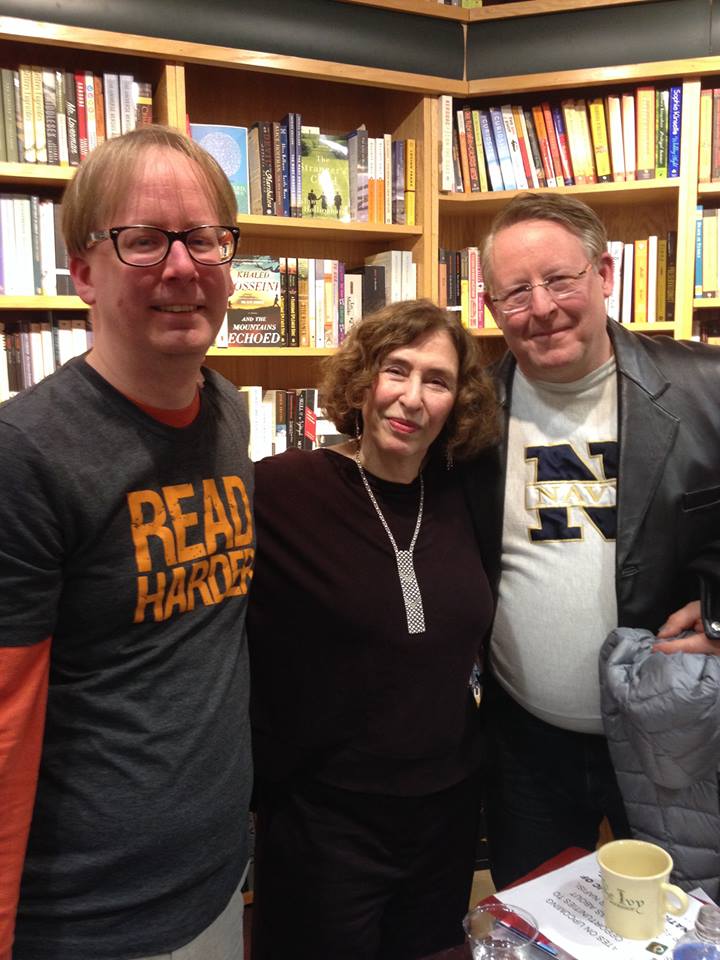 Last night, humanities dynamo Azar Nafisi spoke at The Ivy Bookshop in Mt. Washington, Maryland. Nafisi, the celebrated author of Reading Lolita in Tehran, is on a book tour for her latest non-fiction gem, The Republic of Imagination.

Azar Nafisi’s remarks for the night were less an organized lecture and more of a conversation with a friend, in which the focus meanders from topic to topic as various things come to mind. Nafisi certainly had notes to work from, but it was clear that the discussion was an organic construct built on the spot.

If the event had a main focus, it was the notion that reading is fundamental. Without the enjoyment of literature, society at large is in danger. For an in-depth discussion of this idea, I certainly recommend reading The Republic of Imagination itself.

Nafisi briefly discussed each of the books that have chapters devoted to them in The Republic of Imagination:

She joked about how when asked who her favorite author is, she never has a ready answer because she is so promiscuous with her literary loves. However, her current beau is definitely James Baldwin. In fact, Nafisi believes Baldwin’s Go Tell It On the Mountain has as much a right to be considered the “Great American Novel” as Salinger’s The Catcher in the Rye.

Nafisi also talked about becoming an American citizen and how because she has chosen the United States as her new “home,” she must view it differently than those who were born here. She has to justify her choice in a way that those with no choice in the matter never need to. She did say that when people call a place home, they should be more willing to examine all facets of that location – both good and bad – in detail.

In talking about American novels, Azar Nafisi stressed how the goal of many of the great novels (and maybe indeed, every American novel) is rebellion against the notions of complacency and conformity. Certainly one can see how that is the case with the novels Nafisi has chosen as her central focus in The Republic of Imagination.

In the end, the event at The Ivy was a very inspiring evening from which every audience member could take something different and profound. From the disparate audience questions – including one from a high school teacher struggling to discuss the events in Ferguson with her students – it was clear that Nafisi remains a leading role model for vastly diverse groups of people. What we all have in common is the desire to accept our freedoms, and yet not take them for granted.