Last night, One More Page Books in Arlington, Virginia hosted the launch of David Swinson’s new book, The Second Girl. David and Eileen McGervey, the store’s owner, were kind enough to ask me to conduct the interview portion of the event.

The bookstore was packed. The Second Girl has been getting tons of press both locally and nationally, so this was not a surprise. And because David is a local author, he had friends and family, colleagues from the police department, and fellow authors – like Ed Aymar and Dana King – out to support him as well. At least one audience member described the interview as similar to a conversation being overheard by a large group – a compliment that I know both David and myself are appreciative of. 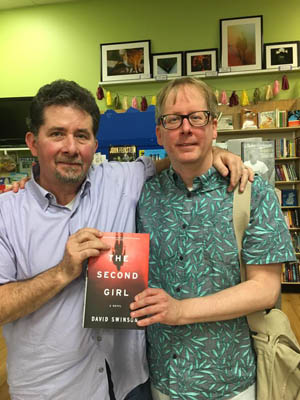 As I like to do with these recaps, here are just a few of the many highlights of what we discussed during the interview:

Afterwards, the audience stood in line to get their books signed and enjoy the wonderful cheese, fruit, and crackers that David and his lovely wife brought to the event. One More Page provided the wine and a fine time was had by all.

I encourage you all to grab a copy of The Second Girl, you won’t be sorry. Just in case you need more encouragement, here once again is my review of the book. 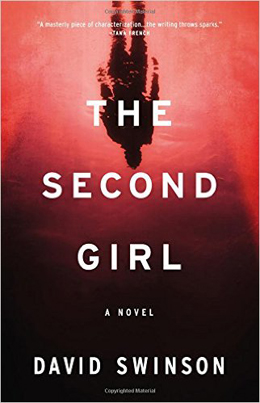 The BOLO Books Review of The Second Girl