You Will Know Me – The BOLO Books Review

For several books now, Megan Abbott has focused her attention on the inner workings of the minds of teenage girls and the influence society imparts on them. That is certainly still a part of her latest book, You Will Know Me, but in this new novel she takes it one step further by documenting how their developing psyches impact those around them – in particular, the effect on their parents.

You Will Know Me is the story of the Knox family. Devon Knox is a gymnastics prodigy. Injured in her youth, Devon has managed to overcome any hindrance and has achieved acclaim from a celebrated coach running a gym in their town. Devon’s parents – Katie and Eric – set aside almost everything else in order to help Devon reach her Olympic goals. But when an accident causes a death within the confines of their gymnastics community, the entire Knox family, including Drew Knox (Devon’s younger brother), will need to rally together or risk watching Devon’s dreams shatter.

Like the vaulting technique that make Devon so special, You Will Know Me starts with a slow, determined dash toward the springboard – that central moment after which nothing will be the same – launching both the gymnast and the plot into uncertainty, the point at which intuition and skill become required to negotiate a safe decent. Rest assured that Megan Abbott sticks the landing of this piece so well she would certainly qualify for the literary Olympics. 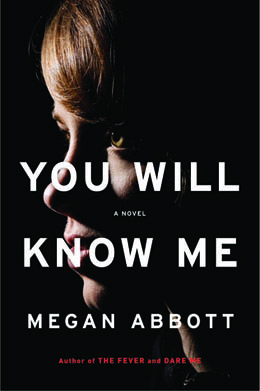 You Will Know Me by Megan Abbott

Less of a crime novel, Megan Abbott excels at these deep character studies where crime acts as a catalyst for change. While all of these characters are given depth and nuance, it is Katie Knox who readers are likely to remember the most once the covers are closed. Katie is the lens through which the novel’s action is filtered. As a society, we forget the sacrifices made by both the individual and those around them to allow elite athletes to excel.

Normal family dynamics and the angst of the teenage years clash with the stamina and commitment required for such high-level performance exposing layers and loyalties which might otherwise remain dormant. Few writers – in crime fiction or otherwise – are able to penetrate the mind to the depth and understanding that Megan Abbott attains – not only in You Will Find Me, but in all of her work. Each new release only adds further cachet and clout to her already stunning oeuvre.