I would venture to guess that the focus of this week’s composite sketch is a name unfamiliar to some of you – but I equally suspect that after reading her answers, you will be seeking out her work. Christine Carbo was first introduced to me by her publisher at of of the Bouchercons. That first meeting was brief, but at last year’s Bouchercon in Toronto, I had a much longer (and wonderful) chat with her among the aisles of the book room. Like the wilderness that forms the backdrop for her mystery series, Christine is a joy to be around and I look forward to seeing her at many future conventions. 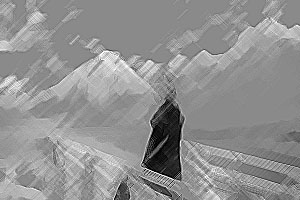 I’m going to cheat and say two people: my parents. My father is brilliant and optimistic, someone who never quits soaking up information or teaching himself new skills and concepts. At 73, while working for his local hospital as an outreach neurologist who would fly all over Montana to hold clinics in rural areas, he found time to buy a piano and teach himself how to play quite beautifully. Now, he’s 81, just recently retired, and between reading books on quantum physics and the cosmos, playing piano and guitar, rebuilding computers, and taking up wood-working, he’s a supportive father and friend. My mother, well, totally different, but equally inspirational. She was born in France and moved to Germany when she was six. She has trouble hearing, probably a result of growing up in war-torn Germany and constantly retreating to bomb-shelters. She came to the US after she met my father in Germany who was stationed there with the Air Force, and has never looked back. She spoke Polish, French, and German, and added English when she came to America. I’ve learned stubbornness and a stick-to-it’ness from her that probably was very helpful in getting published in the first place.

Mark Stevens, 2016’s Rocky Mountain Fiction Writer of the Year and current president of Rocky Mountain Mystery Writers of America. He is one of the nicest and most helpful people I know who does a ton for other authors no matter how much it might impede on his busy schedule. He is the author of an excellent series called The Allison Coil Mystery Series.

For a male: I can’t resist DI Caffery in the Mo Hayder series. He’s the sexy, quintessential bad boy, and I suppose since he’s fictional, he’s safe to have a thing for; no healthy woman would ever want to actually get involved with a guy like him! He’s a flawed character who will even break the law if he needs to, but he does it for the right reasons, and deep down, he’s got a big heart.

For a female: I love Ellie Stone from Edgar Award-nominated author James Ziskin’s Ellie Stone Mystery Series. She’s witty, sophisticated, sensitive, and strong. She’s independent at a time (the early 60’s) when it wasn’t so easy for women to be independent, but her character is realistic and not anachronistic at all.

I grew up in Florida in the 70’s before moving to Montana, so I was exposed to a huge diet of Jimmy Buffet songs. I’m still fond of those old songs, as simple as they are, and people are often surprised to find that out. It makes some people cringe. I don’t actively listen to his stuff anymore, but if I hear it, I can’t resist turning it up. My favorite is Trying to Reason With Hurricane Season. People are also surprised that I am a loyal viewer of The Walking Dead. I can’t really explain why I watch it, but I do, even when its storyline gets a little too illogical and irritating. But hey, what could possibly be illogical about a group of people making their way in a zombie apocalypse?

This isn’t really a catch-phrase, but it’s a good quote: “If you banish the dragons, you banish the heroes.” Andrew Soloman says that about forging meaning from struggle. I think it’s apropos for fictional characters as well, like DI Caffery. We have to honor our dragons and our characters’ dragons in order to create meaningful stories. 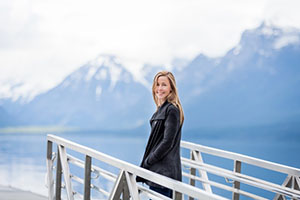 Find out more about Christine here