When I first saw LJ Roberts on a reviewers panel at Bouchercon, I knew that we had similar reading interests. I was fortunate to eventually be on a similar panel with her and now count seeing LJ as a highlight of every convention (sadly, it happens far too infrequently). Gracious, kind, and smart, if you haven’t said hello to LJ, be sure that you do. I can bet it won’t be long before the conversation turns to the topic of books!  I think we can all agree that there is nothing wrong with that. 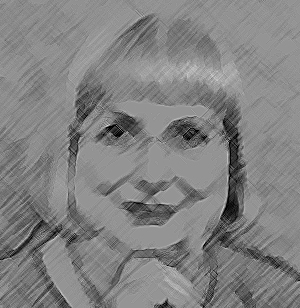 My maternal grandmother was from a small farming town in Iowa. She wasn’t highly educated, but she read. There was not a library in their town until 1929, when Gram was 25 years old. But up to that point, she still read whatever books she could find. I shall always remember the shelf of Reader’s Digest Condensed Books on the shelf of her desk. She was a reader of books, magazines, and newspapers up to her death at 90 years’ old, always up to date on current affairs. After moving to Arizona, her greatest pleasure was number of libraries and books to which she had access.

But it wasn’t just that. When she and Grampa were first married, she had a tailoring business. At some point, Grampa realized she was working herself too hard and said she needed to choose whether she wanted to keep her full-time business or be a homemaker. She didn’t have to give up the other, but she needed to worry less about being perfect at both, and he didn’t care which she chose. Gram decided to be a professional homemaker and was she ever. She still sewed, but she also made rag rugs, quilted, knitted, crocheted, and tatted; she grew all their vegetables, freezing and canning many of them to take them through the winter. She baked; boy, did she bake! Gram never made bought a single baked item in her life until after Grampa passed and she moved to Arizona to be near my parents. Even then, she still baked as long as she could.

But the most remarkable thing about my Gram was how completely non-judgmental she was of others. To her, there were only two types of people in the world. You were either someone who was kind, caring, and did for others, or you were not. She was a life-long Methodist who lived by the quote attributed to John Wesley: “Do all the good you can, By all the means you can, In all the ways you can, In all the places you can, At all the times you can, To all the people you can, As long as ever you can.” I remember her once saying she didn’t think that God minded she didn’t go to church on Sunday, as that was the day she cooked and did laundry for an elderly, widowed gentleman in their town.

Gram Nissen is the person who taught me to mindful of, and grateful for, every small gift we receive every day. She is the person I strive to emulate, and the one I often feel by my shoulder. Interestingly, my friend Jody is very similar to my Gram. She, too, continually inspires me.

It’s impossible to choose just one person, so I shan’t try. However, included on my list are:

Shakespeare – for the wonderment of his works, and for all the words and phrases he gave to our language

Charlotte Bronte – for “Jane Eyre” who became a role model for a very shy, insecure girl

Taylor Caldwell – and others – who gave me a love of epic stories, but also ones that made me think

Sergeanne Golon – who introduced me to series books, and a bit of sex education

Ram Dass, Bertrand Russell, Studs Terkel, and others – whose writing helped me define my personal beliefs and philosophy

Authors such as J.K. Rowling, Steven King, Nora Roberts and others who realize that with success comes a responsibility to give back to others

And yes, Louise Penny, who has overcome personal challenges, created a series that continually grows, and who truly appreciates her fans.

Martin Walker’s Bruno, Chief of Police. Mainly because I’d love to live in his town, know the people, and eat the food.

I don’t know that anyone is surprised by things I like as I’ve often been defined as eclectic and/or eccentric, but perhaps my love of Freddie Mercury.

Before I gave up drinking Coke all the time, friends said my epitaph should read “Classic Coke; no ice.” However, now I would say it’s “Books are magic.” 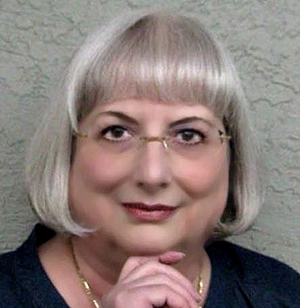 Find out more about LJ here