On Saturday, a huge crowd of people gathered to help me celebrate the fact that I am a 2018 Mystery Writers of America Raven Award recipient. Family, friends, authors, and fans from as far-flung as Chicago, New York, Williamsburg, and all corners of the Delmarva area came together and a grand time was had by all. Thank you all for your support.

Couple this party with the Edgars and Malice Domestic weekend, is it any surprise that I am behind in my reading schedule. But I still have suggestions for your book shopping this week.  Check out these new releases. 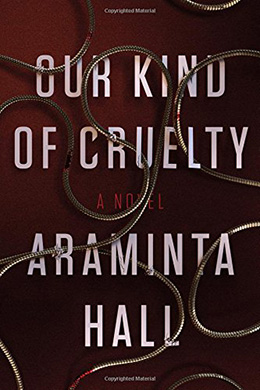 A debut in the psychological suspense genre, this book is getting tons of buzz. A unique cover and a engaging premise should have readers scooping this one up.

A spellbinding, darkly twisted novel about desire and obsession, and the complicated lines between truth and perception, Our Kind of Cruelty introduces Araminta Hall, a chilling new voice in psychological suspense.

Mike Hayes fought his way out of a brutal childhood and into a quiet, if lonely, life before he met Verity Metcalf. V taught him about love, and in return, Mike has dedicated his life to making her happy. He’s found the perfect home, the perfect job; he’s sculpted himself into the physical ideal V has always wanted. He knows they’ll be blissfully happy together.

It’s all just part of the secret game they used to play. If Mike watches V closely, he’ll see the signs. If he keeps track of her every move, he’ll know just when to come to her rescue . . . 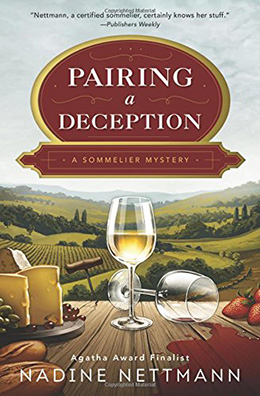 Nadine Nettmann’s Sommelier mystery series continues to rack up award nominations, with the most recent one getting a coveted Mary Higgins Clark Award nomination during the recent Edgar Award ceremony. What could be more perfect for reading as we head into vacation season?

Katie is on Cloud Wine at a Santa Barbara Festival…until a new mystery is uncorked.

With only a few days left until her Advanced Sommelier exam, Katie Stillwell hopes to balance studying with attending a wine and food festival in Santa Barbara.

The weekend with Detective Dean is off to a great start―until an attendee is murdered and suspicion falls on the festival emcee, Master Sommelier Hudson Wiley. Katie tries to keep her focus on the festival and her last-minute studying, but when she discovers people aren’t who they say they are, she finds herself in the middle of a tangled web where nothing, except the wine, is what it seems. 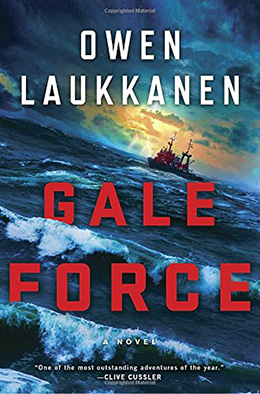 Fans of Clive Cussler will flock to this new thriller from Owen Laukkanen. Owen is a master at the suspense thriller format, so readers should expect daring do, last-minute-escapes, and action throughout.

In the high-stakes world of deep-sea salvage, an ocean disaster can mean a huge payoff–if you can survive the chase.

McKenna Rhodes has never been able to get the sight of her father’s death out of her mind. A freak maritime accident has made her the captain of the salvage boat Gale Force, but it’s also made her cautious, sticking closer to the Alaska coastline. She and her crew are just scraping by, when the freighter Pacific Lion, out of Yokohama, founders two hundred miles out in a storm.

This job is their last chance–but there is even more at stake than they know. Unlisted on any manifest, the Lion’s crew includes a man on the run carrying fifty million dollars in stolen Yakuza bearer bonds. The Japanese gangsters want the money. The thief’s associates want the money. Another salvage ship, far bigger and more powerful than Gale Force, is racing to the rendezvous as well. And the storm rages on. If McKenna can’t find a way to prevail, everything she loves–the ship, her way of life, maybe even her life itself–will be lost. 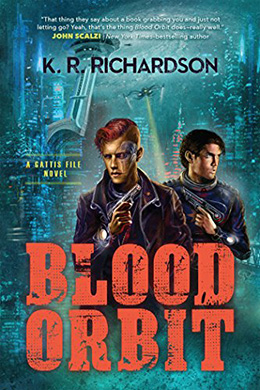 Fans of Kat Richardson know that she excels when blending genres together to make a whole new type of novel. Her she proves that once again by blending science fiction with the police procedural. Readers willing to think outside of the box will love this detective duo. Richardson nails both the science elements and the mystery plotting making this one of the most fun and unexpected reads of the season.

This science fiction police procedural pairs an idealistic rookie with an officer who uses cybernetic implants to process forensics; in solving a mass murder, they will uncover a vast conspiracy.

Eric Matheson, an idealistic rookie cop trying to break from his powerful family, is plunged into the investigation of a brutal crime in his first weeks on the job in Angra Dastrelas, the corrupt capital city of the corporate-owned planet Gattis. A newcomer to the planet, Matheson is unaware of the danger he’s courting when he’s promoted in the field to assist the controversial Chief Investigating Forensic Officer, Inspector J. P. Dillal, the planet’s first cybernetically enhanced investigator. Coming from a despised ethnic underclass, the brilliant and secretive Dillal seems determined to unravel the crime regardless of the consequences. The deeper they dig, the more dangerous the investigation becomes. But in a system where the cops enforce corporate will, instead of the law, the solution could expose Gattis’s most shocking secrets and cost thousands of lives–including Matheson’s and Dillal’s. 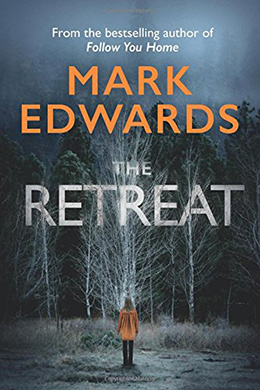 Mark Edwards deserves to be more widely read and this might be the book that helps to propel that to happen. Early buzz has been very strong and the creepy cover alone is going to draw readers in to his brand of darkness. As a paperback original, this one is tailor-made for summer – easy to pack for vacation and affordable for the budget.

A missing child. A desperate mother. And a house full of secrets.

Two years ago, Julia lost her family in a tragic accident. Her husband drowned trying to save their daughter, Lily, in the river near their rural home. But the little girl’s body was never found—and Julia believes Lily is somehow still alive.

Alone and broke, Julia opens her house as a writers’ retreat. One of the first guests is Lucas, a horror novelist, who becomes obsessed with finding out what happened to Lily. But within days of his arrival, the peace of the retreat is shattered by a series of eerie events.

When Lucas’s investigation leads him and Julia into the woods, they discover a dark secret—a secret that someone will do anything to protect…

What really happened that day by the river? Why was Lily never found? And who, or what, is haunting the retreat?

From the bestselling author of Follow You Home and The Magpies comes his most terrifying novel yet.