It’s an embarrassment of riches this week. Along with my favorite book of the year so far, there are two other must reads being released. I love weeks like this one!  Get thee to the bookstore immediately. 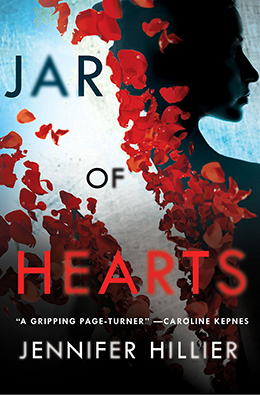 Without question or equivocation, Jar of Hearts is my favorite novel of the year-to-date. I ran the BOLO Books review of Jar of Hearts several weeks ago, so I think my thoughts on this novel are pretty much established. If you haven’t pre-ordered yet, this week is your chance to pick up the book that everyone will be talking about this summer. Don’t miss it!

This is the story of three best friends: one who was murdered, one who went to prison, and one who’s been searching for the truth all these years . . .

When she was sixteen years old, Angela Wong―one of the most popular girls in school―disappeared without a trace. Nobody ever suspected that her best friend, Georgina Shaw, now an executive and rising star at her Seattle pharmaceutical company, was involved in any way. Certainly not Kaiser Brody, who was close with both girls back in high school.

But fourteen years later, Angela Wong’s remains are discovered in the woods near Geo’s childhood home. And Kaiser―now a detective with Seattle PD―finally learns the truth: Angela was a victim of Calvin James. The same Calvin James who murdered at least three other women.

To the authorities, Calvin is a serial killer. But to Geo, he’s something else entirely. Back in high school, Calvin was Geo’s first love. Turbulent and often volatile, their relationship bordered on obsession from the moment they met right up until the night Angela was killed.

While everyone thinks they finally know the truth, there are dark secrets buried deep. And what happened that fateful night is more complex and more chilling than anyone really knows. Now the obsessive past catches up with the deadly present when new bodies begin to turn up, killed in the exact same manner as Angela Wong. 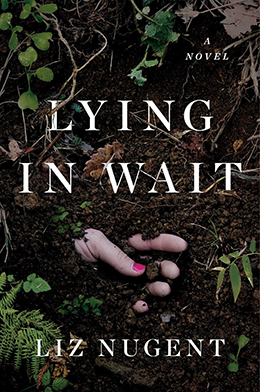 I was a huge fan of Liz Nugent’s Unraveling Oliver – and if you haven’t read that book yet, it is well worth checking out. Her latest, Lying in Wait, is another stunning novel that you won’t want to miss. I will be running my review for this one tomorrow – release day – so be sure to stop by to check that out.

From the international bestselling author of Unraveling Oliver, an “unputdownable psychological thriller with an ending that lingers long after turning the final page” (The Irish Times) about a Dublin family whose dark secrets and twisted relationships are suddenly revealed.

My husband did not mean to kill Annie Doyle, but the lying tramp deserved it.

On the surface, Lydia Fitzsimons has the perfect life—wife of a respected, successful judge, mother to a beloved son, mistress of a beautiful house in Dublin. That beautiful house, however, holds a secret. And when Lydia’s son, Laurence, discovers its secret, wheels are set in motion that lead to an increasingly claustrophobic and devastatingly dark climax. 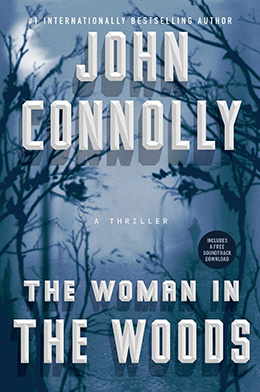 John Connolly’s Charlie Parker series is a personal favorite of mine. The Woman in the Woods finds Parker tackling the concept of abuse shelters for woman in a way that is pure Connolly. It’s a timely plot, but that is only one small part of this complex novel. Mr. Pudd (from The Killing Kind) will always be my archetype for true evil, but this new entry in the series has a villain at the core who is at least equally as scary. New readers can certainly jump in here, but this series rewards a chronological reading of all the novels for those with the time.

In the beautiful Maine woods, a partly preserved body is discovered. Investigators realize that the dead young woman gave birth shortly before her death. But there is no sign of a baby.

Private detective Charlie Parker is hired by a lawyer to shadow the police investigation and find the infant but Parker is not the only searcher. Someone else is following the trail left by the woman, someone with an interest in much more than a missing child…someone prepared to leave bodies in his wake.

And in a house by the woods, a toy telephone begins to ring and a young boy is about to receive a call from a dead woman.