Panel assignments have gone out for Bouchercon, so excitement for this year’s convention in St. Petersburg in growing. Here are a few new books to keep you occupied in the meantime. 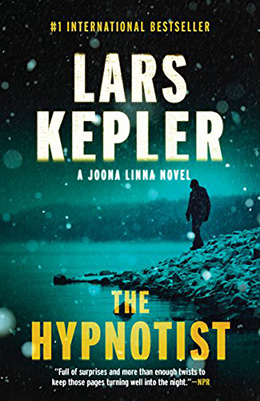 I was a huge fan of this book – and the series that followed – when it was originally released, so I am thrilled to see these digital re-releases so that more readers can discover the work of this Swedish husband and wife writing team. These books are not for the faint of heart!

A gruesome triple homicide attracts the interest of Detective Joona Linna of the National Crime Police. There’s only one surviving witness–the boy whose family was killed before his eyes. The only problem is, he’s lapsed into a catatonic state.

Desperate for information, Linna enlists trauma expert Dr. Erik Maria Bark, hoping to hypnotize the boy and uncover the secrets locked in his memory. But, scarred by past experiences, Bark has sworn never to use hypnosis again. When the doctor breaks his promise, he triggers a terrifying chain of events that will put all their lives in jeopardy. 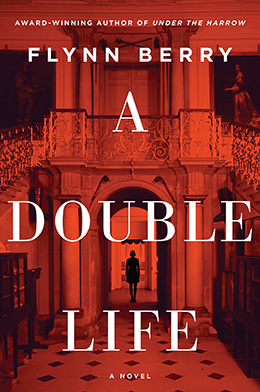 Flynn Berry’s Under the Harrow won the Edgar Award for Best First Novel. Like that book, this new one shows a real understanding of how the mind works and the long term effects of trauma. Despite it’s relative brevity, A Double Life packs quite the punch and should receive award nomination recognition as well.

Claire is a hardworking doctor leading a simple, quiet life in London. She is also the daughter of the most notorious murder suspect in the country, though no one knows it.

Nearly thirty years ago, while Claire and her brother slept upstairs, a brutal crime was committed in her family’s townhouse. The next morning, her father’s car was found abandoned near the English Channel, with bloodstains on the front seat. Her mother insisted she’d seen him in the house that night, but his powerful, privileged friends maintained his innocence. The first lord accused of murder in more than a century, he has been missing ever since.

When the police tell Claire they’ve found him, her carefully calibrated existence begins to fracture. She doesn’t know if she’s the daughter of a murderer or a wronged man, but Claire will soon learn how far she’ll go to finally find the truth.

Loosely inspired by one of the most notorious unsolved crimes of the 20th century – the Lord Lucan case – A Double Life is at once a riveting page-turner and a moving reflection on women and violence, trauma and memory, and class and privilege. 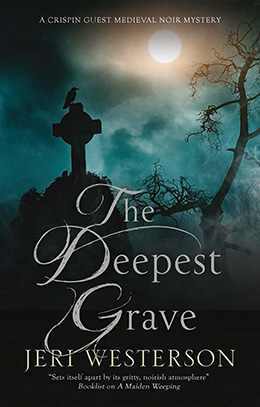 This is the eleventh book in Jeri Westerson’s Crispin Guest mystery series, set in medieval times. With authentic period detail, this series shows that the noir mindset has been around for quite some time. Long time fans of Crispin and Jack Tucker will delight in reconnecting with Philippa Walcote as well.

London, 1392. Strange mischief is afoot at St Modwen’s Church. Are corpses stalking the graveyard at night, disturbing graves, and dragging coffins? When a fearful Father Bulthius begs Crispin Guest for his help, he agrees to investigate with his apprentice, Jack Tucker, intrigued by the horrific tales.

Meanwhile, an urgent summons arrives from Crispin’s former love, Philippa Walcote. Her seven-year-old son, Christopher, has been accused of murder and of attempting to steal a family relic – the missing relic of St Modwen. Who is behind the gruesome occurrences in the graveyard? Is Christopher guilty of murder? Crispin faces a desperate race against time to solve the strange goings-on at St Modwen’s and prove a child’s innocence.