We have about as eclectic a collection of books this week as you are likely to see here on BOLO Books. Literally, there is something for everyone – and if you see a book that is not from your chosen genre and you want to give it a chance, I think you will come away very happy indeed. 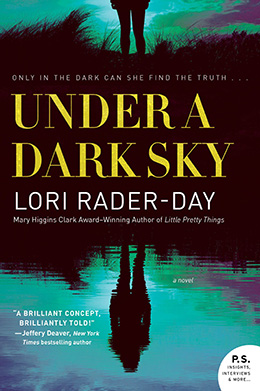 One of the best books of the year, I’m pretty sure the BOLO Books Review of Under a Dark Sky speaks for itself.  Don’t miss this book!

Since her husband died, Eden Wallace’s life has diminished down to a tiny pinprick, like a far-off star in the night sky. She doesn’t work, has given up on her love of photography, and is so plagued by night terrors that she can’t sleep without the lights on. Everyone, including her family, has grown weary of her grief. So when she finds paperwork in her husband’s effects indicating that he reserved a week at a dark sky park, she goes. She’s ready to shed her fear and return to the living, even if it means facing her paralyzing phobia of the dark.

But when she arrives at the park, the guest suite she thought was a private retreat is teeming with a group of twenty-somethings, all stuck in the orbit of their old college friendships. Horrified that her get-away has been taken over, Eden decides to head home the next day. But then a scream wakes the house in the middle of the night. One of the friends has been murdered. Now everyone—including Eden—is a suspect.

Everyone is keeping secrets, but only one is a murderer. As mishaps continue to befall the group, Eden must make sense of the chaos and lies to evade a ruthless killer—and she’ll have to do it before dark falls… 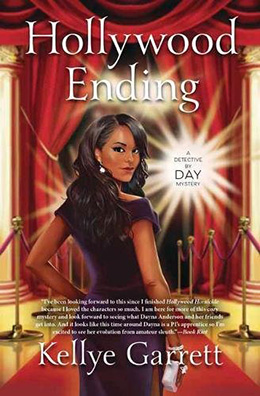 Look for a full review of this one *very* soon, but if you have been listening to me at all this past year, you know that I think Kellye Garrett is one of the most talented new members of our crime fiction tribe. This book helps to solidify that I am right!  😉 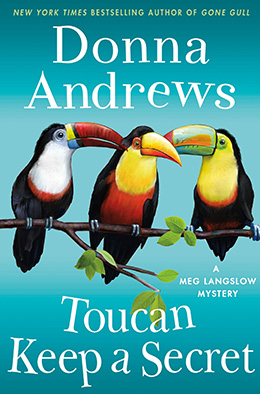 Twenty-one books in and Donna Andrews is still keeping readers laughing with the escapades of Meg Langslow and her family and friends. This one is a bit more structurally complex than previous novels in the series, which makes for a nice change of pace for long-time fans of the Caerphilly citizens. And I still think that nobody else does title puns like Donna Andrews – they never fail to put a smile on my face.

Toucan keep a secret, if one of them is dead.

Meg Langslow is at Trinity Episcopal Church locking up after an event and checking on the toucan her friend Rev. Robyn Smith is fostering in her office. When she investigates the sound of hammering in the columbarium (the underground crypt where cremated remains are buried), Meg finds the murdered body of an elderly parishioner. Several niches have been chiseled open; several urns knocked out; and amid the spilled ashes is a gold ring with a huge red stone.

The curmudgeonly victim had become disgruntled with the church and ranted all over town about taking back his wife’s ashes. Did someone who had it in for him follow him to the columbarium? Or was the motive grave robbery? Or did he see someone breaking in and investigate? Why was the ruby left behind?

While Chief Burke investigates the murder, Robyn recruits Meg to contact the families of the people whose ashes were disturbed. While doing so, Meg learns many secrets about Caerphilly’s history―and finds that the toucan may play a role in unmasking the killer. Clues and events indicate that a thief broke into the church to steal the toucan the night of the murder, so Meg decides to set a trap for the would-be toucan thief―who might also be the killer. 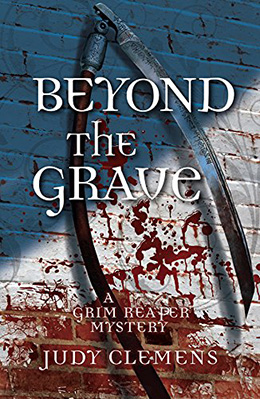 Casey and her constant companion, Death, return in the fifth book in this paranormal series. Unlike many books in this sub-genre, Clemens works hard to make everything in her series a realistic as possible and the payoff is that reader’s become more invested in Casey’s journey.

Casey Maldonado is haunted by the deaths of her husband and young son. She hopes traveling through the vast reaches of Idaho will offer peace. Instead, she fights off three drunken locals before escaping to a quiet town where she wants to heal from her injuries and constant sorrow.

Her traveling companion, invisible to all but Casey, is Death, wearing a series of disguises and offering expert commentary on her difficulties.

Unfortunately, the village of Armstrong carries its own darkness. Casey finds a job and a comfortable guest room with the proprietor of the small general store, Vern and his ill wife, Dottie. Death keeps a close watch on Casey. She’s surrounded by trouble.

She captures a teen spray-painting nasty graffiti on the store’s wall. The town shuns Dottie and blames Vern for jilting his fiancée to marry an outsider – forty-five years ago. The woman’s still stalking Vern today. Casey finds a hateful letter accusing Dottie of tragedy based on a Halloween party, a fatality, and a woman missing for forty-five years. Residents ignore the couple at a free outdoor movie they sponsor. Casey stops another attempt to spray-paint graffiti on the store.

Danger and cruelty range free beneath the calm surface of the town. When Dottie dies in the hospital, brutality overrides grief. A resident notifies the three attackers, who arrive to finish what they started with Casey. Finally, the painful truth explodes in violence based on revenge. 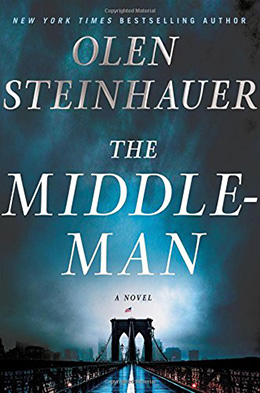 The novel is a mash-up on countless genree – thriller, dystopian, military, literary, science-fiction, and more – but it also manages to be a timely look at the state of our modern world. Impossible to describe, this one has to be experienced to be appreciated.

With The Middleman, the perfect thriller for our tumultuous, uneasy time, Olen Steinhauer, the New York Times bestselling author of ten novels, including The Tourist and The Cairo Affair, delivers a compelling portrait of a nation on the edge of revolution, and the deepest motives of the men and women on the opposite sides of the divide.

One day in the early summer of 2017, about four hundred people disappear from their lives. They leave behind cell phones, credit cards, jobs, houses, families–everything–all on the same day. Where have they gone? Why? The only answer, for weeks, is silence.

Kevin Moore is one of them. Former military, disaffected, restless, Kevin leaves behind his retail job in San Francisco, sends a good-bye text to his mother, dumps his phone and wallet into a trash can, and disappears.

The movement calls itself the Massive Brigade, and they believe change isn’t coming fast enough to America. But are they a protest organization, a political movement, or a terrorist group? What do they want? The FBI isn’t taking any chances. Special Agent Rachel Proulx has been following the growth of left-wing political groups in the U.S. since the fall of 2016, and is very familiar with Martin Bishop, the charismatic leader of the Massive Brigade. But she needs her colleagues to take her seriously in order to find these people before they put their plan–whatever it is–into action.

What Rachel uncovers will shock the entire nation, and the aftermath of her investigation will reverberate through the FBI to the highest levels of government.