An extremely eclectic list of books this week, so I have a good feeling you won’t have any trouble finding something here that piques your interest. Happy Fall Reading. 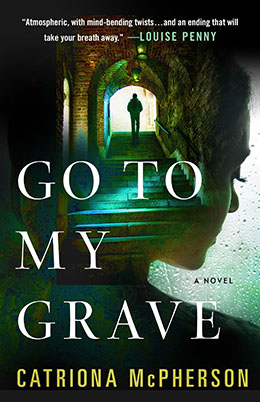 Catriona McPherson is one of our best and most fearless storytellers. Her stand-alone suspense novels have proven to be anything but predictable, and this latest may just be her best yet. Firmly planted in the Gothic tradition, readers who long for the tales of Phyllis A. Whitney and Victoria Holt will find much to love here. I’m holding my review for a bit because a fan of the blog asked me to review the audiobook version of Go To My Grave, so I want to incorporate my thoughts on that format into my final review. But rest assured, I am not leaving you hanging. This is an excellent book and Catriona will be here at BOLO Books on Wednesday to talk a bit about more about the Gothic elements of this addictive novel.

Donna Weaver has put everything she has into restoring The Breakers, an old bed and breakfast on a remote stretch of beach in Galloway. Now it sits waiting―freshly painted, richly furnished, filled with flowers―for the first guests to arrive.

But Donna’s guests, a contentious group of estranged cousins, soon realize that they’ve been here before, years ago. Decades have passed, but that night still haunts them: a sixteenth birthday party that started with peach schnapps and ended with a girl walking into the sea.

Each of them had made a vow of silence: “lock it in a box, stitch my lips, and go to my grave.”

But now someone has broken the pact. Amid the home-baked scones and lavish rooms, someone is playing games, locking boxes, stitching lips. And before the weekend is over, at least one of them will go to their grave. 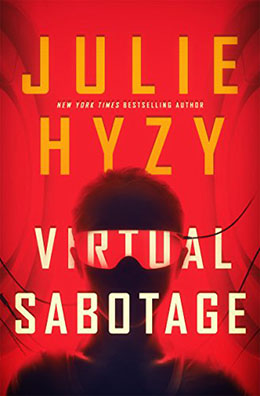 The many, many fans of Julie Hyzy will be happy to see a new book from her, but they surely won’t anticipate how unusual and original her new venture is. Stepping away from her typical cozy fare, Hyzy has written an incredibly modern and timely techno-thriller. In a time when we as a society are struggling to find ways for separate truth from fiction, Hyzy takes it one step further and presents readers with a compelling virtual world in a book that is the perfect blend of fascinating characters and breakneck plotting. (Fans of the recent television series, Reverie, will immediately connect with the technology at the core of this novel.)

Don’t believe everything you think.

Kenna Ward is a “lifeguard for the brain,” an envoy for Virtu-Tech, the preeminent virtual reality provider whose implants allow consumers to experience exhilarating imagined adventures—all while remaining perfectly safe.

Most of the time, that is.

In the rare instance when a participant mistakes an overwhelming situation as real, it’s up to Ward to enter their scenario and pull them back to reality.

But when Ward’s partner goes rogue and the system begins responding in odd and dangerous ways, she delves deeper, uncovering a sinister conspiracy to dominate not only the virtual reality world, but the real one as well. Ward must stop this devastating attack before there are no more independent minds left to control. 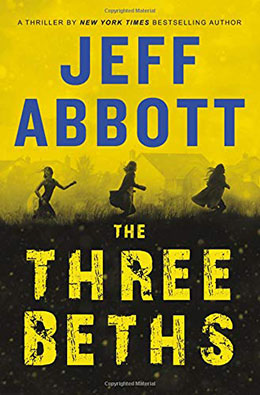 Unfortunately, I didn’t receive a review galley for this book, but based on my love of Jeff Abbott’s last book, Blame, I am confident about including this new release here. The buzz from others I know who have read it has been extremely positive and I for one am thrilled to see more male authors tackling domestic and psychological suspense themes in their work.

My mom would never leave me.
This has been Mariah Dunning’s motto. Her compass. Her belief. So when she glimpses her mother–who’s been missing for the past year–on the other side of a crowded food court, Mariah’s conviction becomes stronger than ever. Or is she losing her mind?

An unlikely coincidence?
When Beth Dunning disappeared without a trace, suspicion for her murder-despite the lack of a body or any physical evidence-immediately fell upon Mariah’s father. Until Mariah stumbles upon two other recent disappearances from Lakehaven. And all three women had the same name: Beth.

Or a sinister connection?
Mariah would give anything to find out what happened to her mother, and clear her father’s name. But the truth may be more devastating than she could have imagined… 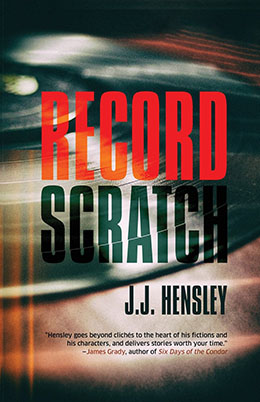 The bond between crime fiction and music has always been strong. I feel like most crime fiction authors – especially those in the noir and hardboiled style – eventually come around to writing a book that merges music and murder. Here J. J. Hensley put his series character, Trevor Galloway, on the trail of a legendary musician who has more secrets than songs.

“There are two types of men you must fear in this world: Men who have everything to lose—and men like me.”

It’s a case Trevor Galloway doesn’t want. It’s certainly a case he doesn’t need. The client—the sister of a murdered musician—seems a bit off. She expects Galloway to not only solve her brother’s homicide, but recover a vinyl record she believes could ruin his reputation. Galloway knows he should walk away. He should simply reach over the desk, give back the envelope of cash that he admittedly needs, and walk away. However, when the client closes the meeting by putting a gun under her chin and pulling the trigger, his sense of obligation drags him down a path he may not be ready to travel.

As Galloway pieces together the final days of rock and roll legend Jimmy Spartan, he struggles to sort through his own issues, to include having the occasional hallucination. He’s not certain how bad his condition has deteriorated, but when Galloway is attacked in broad daylight by men he assumed were figments of his imagination, he realizes the threat is real and his condition is putting him and anyone nearby at risk. The stoic demeanor that earned Galloway the nickname The Tin Man is tested as he reunites with an old flame, becomes entangled in a Secret Service investigation, and does battle with old enemies.