Before we start, let’s take a moment to reflect on all the veteran’s who have and continue to work so diligently to maintain our safety. THANK YOU!

We are heading into prime holiday shopping time, so remember to not only check out the books being released this week, but those that you may have missed throughout the year.

So many books, so little time. 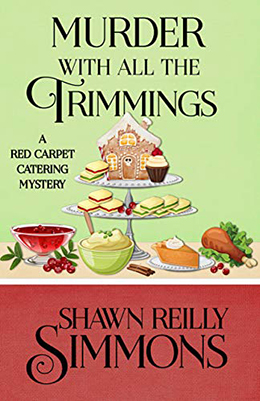 With the sixth book in her Red Carpet Catering series, Shawn Reilly Simmons offers a holiday outing. This one combines Christmas, theater, and murder – so you know I am excited for this novel. As you are out doing your Thanksgiving preparations, be sure to pick up this book that will serve as a delightful distraction over the extended holiday weekend.

Christmas in the Big Apple and Penelope Sutherland is home for the holidays!

She’s looking forward to spending quality time with her loved ones. She’s also catering her first documentary, a history of the Vitrine Theater and the Big Apple Dancers, who put on the world-famous Christmas Extravaganza. Her best friend, Arlena, is the director and granddaughter of one of the show’s famous Snow Queens.

But not everyone is in the holiday spirit. When one of the dancers mysteriously disappears then turns up dead right before opening night, it looks like Christmas might be cancelled.

The police are at a loss to uncover who has it out for the theater company, so it’s up to Penelope to cook up a plan to find out if the Vitrine is cursed or haunted by its past before the killer can strike again. 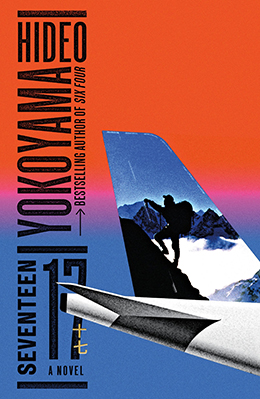 Hideo Yokoyama is a popular Japanese crime writer and readers looking to expand their reading horizons are in for a treat. His two most celebrated novels Six Four and Seventeen are both unique and gripping reading experiences.

1985. Kazumasa Yuuki, a seasoned reporter at the North Kanto Times, runs a daily gauntlet of the power struggles and office politics that plague its newsroom. But when an air disaster of unprecedented scale occurs on the paper’s doorstep, its staff is united by an unimaginable horror and a once-in-a-lifetime scoop.

2003. Seventeen years later, Yuuki remembers the adrenaline-fueled, emotionally charged seven days that changed his and his colleagues’ lives. He does so while making good on a promise he made that fateful week―one that holds the key to its last solved mystery and represents Yuuki’s final, unconquered fear.

From Hideo Yokoyama, the celebrated author of Six Four, comes Seventeen―an investigative thriller set amid the aftermath of disaster. 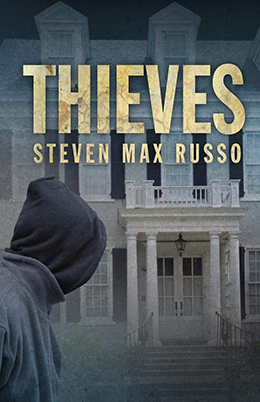 Speaking of diversity, Steven Max Russo’s debut features Esmeralda and housecleaner who finds herself wrapped up in a whole mess of trouble.

Esmeralda works for a housecleaning service during the day and as a restaurant hostess at night. Just out of high school, she is the sole support for her mother and two young siblings.

She has drive and ambition. What she doesn’t have is money.

She knows of a home in the upscale town of Mendham, NJ, that will be empty for more than a month. The rich people who live there go away the same time every year to spend time at their vacation home. Having cleaned the house, she also knows it contains a fair amount of cash and valuables.

Sitting with Ray, one of her co-workers one night, she casually mentions a “what if” scenario; Ray tells Skooley, a white trash drifter who recently moved to New Jersey from south Florida, and a plan is hatched.

It isn’t long before Esmeralda finds herself trapped by both circumstance and greed, forced to try and defend herself against one of her partners in crime, who she quickly discovers is far more dangerous than she ever thought possible. 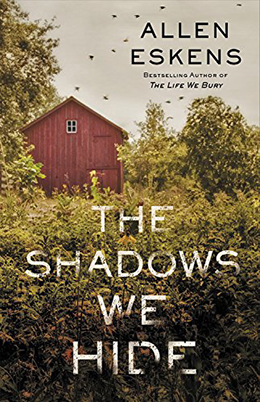 With this sequel to the celebrated The Life We Bury, Allen Eskens continues to expand the world of his series of loosely-connected literary crime novels.

Joe Talbert, Jr. has never once met his namesake. Now out of college, a cub reporter for the Associated Press in Minneapolis, he stumbles across a story describing the murder of a man named Joseph Talbert in a small town in southern Minnesota.

Full of curiosity about whether this man might be his father, Joe is shocked to find that none of the town’s residents have much to say about the dead man-other than that his death was long overdue. Joe discovers that the dead man was a loathsome lowlife who cheated his neighbors, threatened his daughter, and squandered his wife’s inheritance after she, too, passed away–an inheritance that may now be Joe’s.

Mired in uncertainty and plagued by his own devastated relationship with his mother, who is seeking to get back into her son’s life, Joe must put together the missing pieces of his family history– before his quest for discovery threatens to put him in a grave of his own.