I was first introduced to the writing of J. M. Redmann by a friend of mine who is a massive fan of her Micky Knight novels. Upon reading them, it was immediately clear why this series has such devoted fans (and in fact, thanks to my ability to donate to the “Walk to End HIV” charity event, you might recognize a name in the next Micky Knight novel.) Since then I met Jean at various Bouchercons and I am continually enthralled listening to her talk about her books, her publishing journey, and her advocacy for diversity in the crime fiction genre. I am honored to know her. Jean impresses me constantly with her support of other authors, her selfless giving via important LGBTQ+ charities and organizations, and her wealth of knowledge about crime fiction’s history and the state of publishing today. I was thrilled when she agreed to take part in the Composite Sketch series – and I think you will be glad that she did as well. 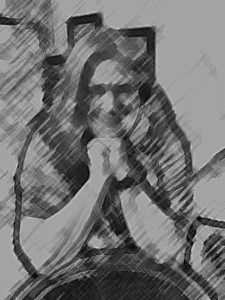 There are many. It really takes a village. My wife, Gillian, of course, her just do it attitude—and that she knows something about almost everything. But to pick one, it would be my mother. She, more than anyone, gave me the dream of writing. The youngest of eight farm kids, she was the only one to go to college, putting herself through by cleaning houses. As school children, she walked us to the library every week, making sure we always were reading books and learning the worlds they could take us to. She, and my father, both wanted to be writers. They met as journalists, but life didn’t give them the chance, a World War, three kids, making a living. I found notes and scribbling hidden in her closet, ideas for stories. She gave me words and dreams. She didn’t live long enough (an early cancer death) to see me published but I hope she’s in the stars looking down, knowing I put words on the page because of her.

This is hard. Every book I’ve read has influenced me. If I had to pick one, it would probably be Sara Paretsky. (Closely followed by Sue Grafton). I write a hard boiled PI series and they are the ones who broke the door open (along with others). Even today it’s still radical for women to be heroes, to be the actors and not the re-actors. Ideas and possibilities can change the world. One chapter at a time. Also she started Sisters in Crime, a fab organization, with its impact that has had on how women writers are treated and now its work on diversity. She’s still writing, still an activist, truly a model for how to live a life.

Again, hard to choose. (Although I think stalking is tacky—take what people offer and then leave them alone.) Ellen Hart’s Jane Lawless—would love to sit down with her over a home cooked meal. Or have an endless tab at her restaurant, the Lyme House. Harriet Vane, of course. So smart.

Jane Austen. There is a lovely Virginia Woolf quote on her, that she ‘never omitted an obligatory scene.’ She is one of the few authors who can pull off the hardest trick in the business—the believable happy ending. She is also wickedly funny, especially in her letters.

“Not enough vodka and aspirin in the world.” Usually muttered at the chaos and insanity around me. 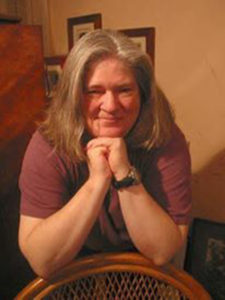