Along with a strong YA debut, this week’s list of books to be on the look out for is dominated by series novels. Fans await the release of new chapters in the lives of their favorite characters and these authors will not let them down. 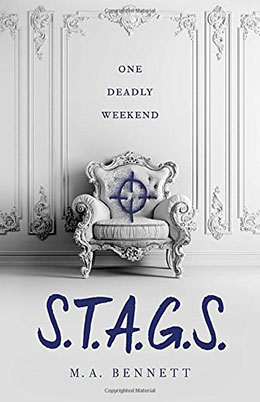 If you compare a book to The Secret History and Pretty Little Liars, you are going to get my attention! This YA debut from a London-based author is sure to please. Look for a longer review soon.

Donna Tartt’s The Secret History meets Pretty Little Liars in this propulsive, edge-of-your-seat novel that explores just how far the elite at an English boarding school will go to maintain the social order.

At St. Aidan the Great School, or STAGS, new things–and new people–are to be avoided. The grandeur of the boarding school and the prestige of the students’ bloodlines seem surreal to Greer MacDonald. A scholarship student who recently transferred to STAGS, Greer is ignored at best and mocked at worst by the school’s most admired circle of friends, the Medievals.

Greer is taken by surprise when the Medievals send her an invitation to an exclusive weekend retreat at the private family estate of their unofficial leader, Henry de Warlencourt. It’s billed as a weekend of “huntin’ shootin’ fishin’.”

As the weekend begins to take shape, it becomes apparent that beyond the luxurious trappings, predators are lurking, and they’re out for blood. 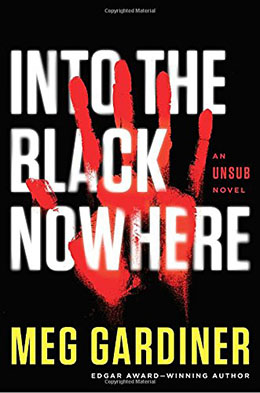 I didn’t receive an ARC of this new Meg Gardiner book, but based on the strength of the series debut, UNSUB, I can’t imagine readers aren’t clamoring for this one. Gardiner is breathing new life into the serial killer genre and fans, critics, and TV producers are all taking note.

In southern Texas, on Saturday nights, women are disappearing. One vanishes from a movie theater. Another is ripped from her car at a stoplight. Another vanishes from her home while checking on her baby. Rookie FBI agent Caitlin Hendrix, newly assigned to the FBI’s elite Behavioral Analysis Unit, fears that a serial killer is roaming the dark roads outside Austin.

Caitlin and the FBI’s serial crime unit discover the first victim’s body in the woods. She’s laid out in a bloodstained, white baby-doll nightgown. A second victim in a white nightie lies deeper in the forest’s darkness. Both bodies are surrounded by Polaroid photos, stuck in the earth like headstones. Each photo pictures a woman in a white negligee, wrists slashed, suicide-style–posed like Snow White awaiting her prince’s kiss.

To track the UNSUB, Caitlin must get inside his mind. How is he selecting these women? Working with a legendary FBI profiler, Caitlin searches for a homology–that elusive point where character and action come together. She profiles a confident, meticulous killer who convinces his victims to lower their guard until he can overpower and take them in plain sight. He then reduces them to objects in a twisted fantasy–dolls for him to possess, control, and ultimately destroy. Caitlin’s profile leads the FBI to focus on one man: a charismatic, successful professional who easily gains people’s trust. But with only circumstantial evidence linking him to the murders, the police allow him to escape. As Saturday night approaches, Caitlin and the FBI enter a desperate game of cat and mouse, racing to capture the cunning predator before he claims more victims. 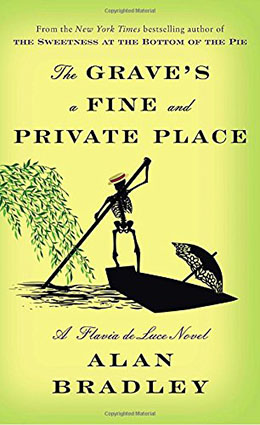 Alan Bradley’s Flavia de Luce series has a loyal contingent of followers. With some of the best book titles in the genre, Bradley has defied expectations at every turn. Sadly, as Flavia begins to mature, the series will come to an end, but I am there for every word until that time is upon us.

In the wake of an unthinkable family tragedy, twelve-year-old Flavia de Luce is struggling to fill her empty days. For a needed escape, Dogger, the loyal family servant, suggests a boating trip for Flavia and her two older sisters. As their punt drifts past the church where a notorious vicar had recently dispatched three of his female parishioners by spiking their communion wine with cyanide, Flavia, an expert chemist with a passion for poisons, is ecstatic. Suddenly something grazes her fingers as she dangles them in the water. She clamps down on the object, imagining herself Ernest Hemingway battling a marlin, and pulls up what she expects will be a giant fish. But in Flavia’s grip is something far better: a human head, attached to a human body. If anything could take Flavia’s mind off sorrow, it is solving a murder—although one that may lead the young sleuth to an early grave. 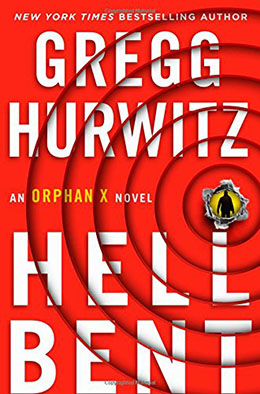 Orphan X debuted a character who feels like he has been in our genre for a very long time. Hurwitz has so successfully brought Evan Smoak to life that readers are anxiously awaiting his next thrilling adventure. Somehow, the books just keep getting better – so I expect we’ll be seeing Smoak for a very long time to come.

Taken from a group home at age twelve, Evan Smoak was raised and trained as an off-the-books government assassin: Orphan X. After he broke with the Orphan Program, Evan disappeared and reinvented himself as the Nowhere Man, a man spoken about only in whispers and dedicated to helping the truly desperate.

But this time, the voice on the other end is Jack Johns, the man who raised and trained him, the only father Evan has ever known. Secret government forces are busy trying to scrub the remaining assets and traces of the Orphan Program and they have finally tracked down Jack. With little time remaining, Jack gives Evan his last assignment: find and protect his last protégé and recruit for the program.

But Evan isn’t the only one after this last Orphan―the new head of the Orphan Program, Van Sciver, is mustering all the assets at his disposal to take out both Evan (Orphan X) and the target he is trying to protect.